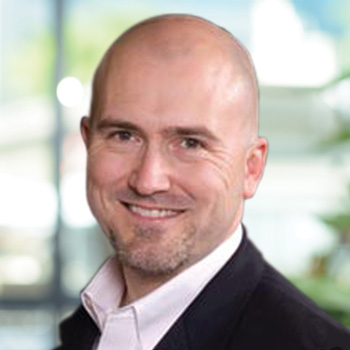 Why VLANs May Not Be Providing the Security You Need

You’re in no doubt familiar with Virtual Local Area Network (VLAN) technology and its ability to segment traffic within your network. It’s one of those decades-old technologies that businesses have come to rely on to reduce costs, minimize network broadcast domains, and protect certain systems from others. It sounds good on paper but it’s rare to see a VLAN environment that’s truly configured in the right way in order to realize its intended benefits.

For example, I’ve seen some networks segmented by physical switches rather than using logical VLANs configured within each managed switch. This means that anyone on the same physical switch/broadcast domain can see every host on that segment. And if they want to see all traffic, it’s often just a matter of using Cain & Abel’s ARP Poison Routing feature. This is not an effective way to manage network devices and there’s no way to prevent inadvertent connections to the wrong segment during network upgrades, troubleshooting, and the like. It becomes a jumbled mess that negates any perceived switching or VLAN benefits.

Furthermore, many “virtual” networks allow anyone to hop between segments if they know the IP addressing scheme. For example, say a user is on the 10.10.10.x network and he wants to get onto the production network of 10.0.0.x. No problem… he just points his Web browser, his vulnerability scanner, or whatever to 10.0.0.x and he’s good to go. Worst case, he might have to configure his system with a static IP address on that network, but that’s simple enough to do.  This configuration may be considered a “VLAN” that’s managing broadcast traffic but there are no real ACLs, firewall rules, or packet tagging to prevent unauthorized access by internal attackers, malware, and the like. The network is basically flat with no policies and little to no security between any of the network segments and systems.

Another thing to remember is that many VLANs are used to partition networks into distinctive segments to separate business units and their unique data sets. Even if the technical aspects of the VLAN configuration are spot on, these environments are often defined at a very high level without involving the actual business unit managers or information owners, therefore there are often security gaps in the segmentation. This means that information specific to a business unit and believed to be isolated is often anything but – it may well be scattered across numerous other VLANs and network hosts within those segments.  How does this happen? Convenience and mobility and general carelessness. Users copy information to places where they can work on it and end up copying it to systems outside of the intended VLAN domain or to different hosts on other VLANs. IT may even copy information for backup or test purposes. Either way, confidential information often ends up on unprotected “islands” that no one knows about until it’s too late.

Network security based on VLAN technology can work if it’s done properly. And while it’s not perfect, it can add another layer of security to your environment, one that can make the difference between breach and no breach.

Network Security Tip of the Week [25]

Clueless About Network Security in the Cloud? You’re Not Alone